Global Warming and the Significance of 1.5 Degrees Celsius

Global Warming and the Significance of 1.5 Degrees Celsius

A mere 1.5 Celsius, it doesn’t sound much does it, and if you think of the change in a day’s temperature from 22C to 23.5C for example, would you notice much of a difference? And yet global warming and the mere 1.5 degrees Celsius has become intrinsically linked with the survival of life as we know it.

Something we need to understand is that it’s not once we reach the 1.5C increase we start to feel the consequences of climate change. Everything isn’t fine and dandy, devil may care, life as usual until that thermometer clicks over to the 1.5C increase, then all hell breaks loose as Mother Nature places hands on hips, waggles her finger and says: Now you’ve done it, it’s not as if I didn’t warn you! The Climate Crisis is already here!

We have been experiencing the results of global warming through more extreme weather situations for many years. In 2013, the city of Tacloban in the Philippines was destroyed by the most powerful cyclone to hit landfall with over 10,000 deaths; in 2018, a May heatwave in Pakistan resulted in temperatures above 43C, with over 65 deaths in one city and in 2019, Australia suffered apocalyptic fires following its hottest and driest year on record and there are many more examples of the destructive effects of global warming. 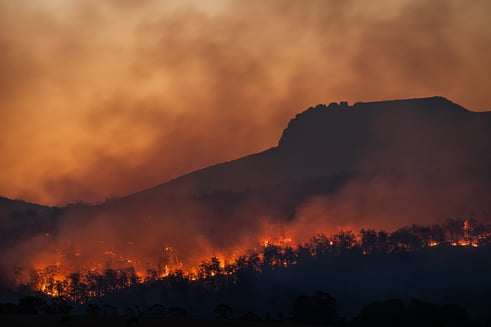 This year according to the World Meteorological Organization State of the Climate report, sea levels rose to a new high; for the first time on record, it rained rather than snowed at the peak of the Greenland ice sheet; temperatures in British Columbia, Canada, reached nearly 50C; areas above the Arctic circle, including Siberia, also experienced heatwaves; a month’s worth of rain fell in a few hours in one area of China and further severe flooding in Europe led to billions in economic losses. It was also reported that Atlantic Ocean circulation is at its weakest in over 1,000 years, affecting the Gulf Stream which brings warm weather to the United States and Europe.

In 2015 at the Paris Agreement signed by 192 parties, aimed at reducing global warming, a decision was reached that countries should aim to keep the global average temperature to well below 2C above pre-industrial times - the mid-19th century.

This was later amended to 1.5C following research commissioned by small island states and low-lying countries who were concerned the rise in seawater due to greater melting of the ice caps would threaten their survival.

Temperature changes in the century before pre-industrial times are estimated to be between -0.1 to +0.3C, to put that into perspective, in the past 140 years, the earth’s surface temperature has risen by approximately 0.07C every decade and since 1981, that has more than doubled to 0.18C per decade. 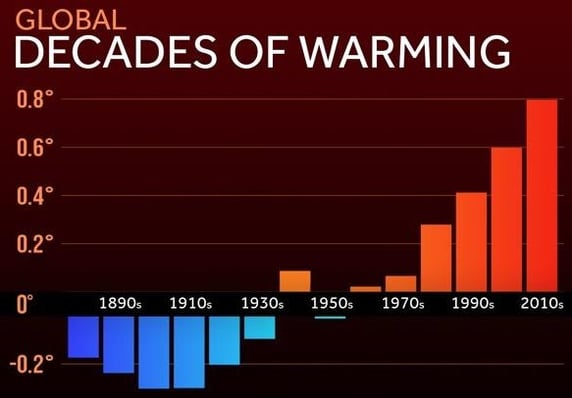 While some percentage of the increase in the average temperature can be attributed to natural changes to the Earth’s climate, the IPCC (The Intergovernmental Panel on Climate Change) has found that 1.07C out of 1.09C of the warming has been caused by greenhouse gases and for the first time this year, has stated unequivocally, that humans are responsible for climate change.

What does 1.5oC increase mean?

The increase in temperature relates to an increase in the Earth’s average temperature by 1.5C since the beginning of the industrial revolution. However, this doesn’t mean an increase everywhere by 1.5 degrees, but an overall average increase by that amount. Different countries are warming much faster than others, the rise in temperate at the North and South Pole is double the rest of the world, and has already risen by 2 degrees since 1900.

And if we don’t keep the increase to 1.5C or below? Well, then we are talking about the situation going from destructive to catastrophic, as more heat is added to the Earth’s climate system threatening the natural systems we rely on to survive.

What happens if we overstep 1.5oC degrees?

If we overstep the recommended temperature increase and it reaches 2 degrees, the IPCC outlines what we can expect it to mean to us:

Extreme heat – temperatures will be 4C hotter, 37 percent of the population will be exposed to extreme heat waves once every five years.

Drought - About 61 million more people in Earth’s urban areas would be exposed to severe drought.

Rising sea levels – relative to 1986-2005, sea levels will be between 0.36 to 0.87 metres higher swallowing many of our cities. Tidal wave flooding will increase. 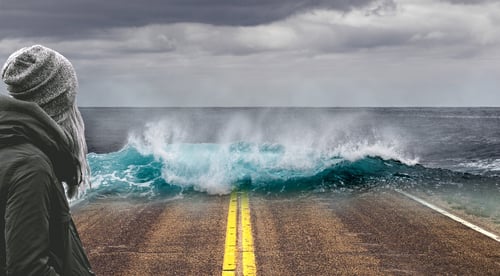 Biodiversity – it is estimated that by 2100 18% of insects, 16% of plants, and 8% of vertebrates will have lost half of the geographical area they would inhabit and 13 percent of the earth’s landmass will undergo a transformation of ecosystem from one type to another.

Melting Arctic Sea ice – the Arctic Ocean could become ice-free in the summer every 10 years. The effect of this due to the dark blue of the sea absorbing more heat from the sun could lead to further accelerated warming.

Global fisheries – a decrease in global annual catch of more than 3 million tonnes.

Poverty – with the loss of agricultural land and coastal resources many communities will lose their livelihoods with hundreds of millions of people facing poverty.

Health – increases in heat-related deaths and diseases such as malaria and dengue fever.

Food impacts – declines in yields of cereal crops. Rice and wheat will become less nutritious. Up to 10 percent of rangeland livestock will be lost.

Basically, we really need to ensure we don't overshoot the 1.5 degrees Celcius goal!

The bottom line is, mitigating climate change is now up to us, every one of us, if we want to save our planet. As individuals, we need to make fundamental changes including what we eat and our modes of transport. For businesses, it is time to accelerate Investments in technology and a climate-resilient infrastructure to decarbonise the economy and encourage innovative and sustainable business.