Is It Up to Women to Fight the Gender Bias of the Investing Arena?

Is It Up to Women to Fight the Gender Bias of the Investing Arena?

The immediate answer to this provocative question is yes! In this, our second article looking at the current situation facing Female Founders, we hear what women have to say about the current investment landscape for women and how some have found their own solution.

When French entrepreneur Audrey Barbier-Litvak first sought funding for her company, 60 percent of the investment round came from women investors, all against the “better judgment” of men.

Audrey co-founded her company Offishall in December 2020. Its purpose is to meet the challenges of hybrid work – managing where employees are located and booking building services like meeting rooms and parking.

Audrey’s approach to secure investment was somewhat unconventional. Aware that the handful of French female tech investors is in high demand by all entrepreneurs, she turned her attention to women who may not have angel investing experience, but who did have the finances and expertise needed, asking them to commit between €20K and €50K each. 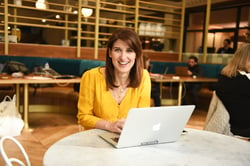 “I was so shocked by the mis/zero representation of women in the investment arena that I felt the urge to fix it and give female Business Angels the chance to be seen,” she explains. “I wanted to show that it's possible and I wanted to create a precedent. I strongly believe in role models.”

While Audrey sees gender bias as a huge issue, she also believes that part of the discrepancy between male and female founders comes from the fact that investors simply have not encountered many female led businesses.

“Investors are still in shock and fighting to reassess the standards which were built for white ivy league male founders,” she says.

Her advice to female founders is to surround themselves with great people and create a strong network making sure that women and men are equally represented.

Her solution to changing the gender gap for investment is three-fold:

“Pitching a VC is like a rugby game,” she says. “Women can play rugby, we're allowed to play, we're invited on the field, no one prevents us from participating and giving our best but honestly who wants to be tackled by 15 Jonah Lomu? I'd love the game to be more balanced, so we get the chance to score at the end.” 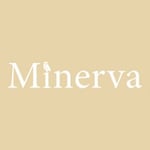 Minerva Venture is a newly established fund whose mission is to promote mainly early-stage investment in businesses inspired and led by women.

Rudina Suti, a founding partner of Minerva Venture, points out that according to statistics and research, girls of all ages get better grades at school, in exams, and at university. Looking at the statistics of all male-led businesses and comparing them to companies that have women in their founding and leading teams, the latter outperforms the former in profits. So, when it comes to the real world, why do women not get to sit with the decision-makers in the C-suite?

Include women in the decision-making process

“The fact that they don’t, has an enormous impact on the investment decisions that are being made and it is here we can start,” says Rudina. “If more women are included in the decision-making process, they will start to look at other women for what they are, rather than judging them through the lens of stereotypes that many men unfortunately still hold even though perhaps, unconsciously! If this does not start to happen, then I am disappointed to say that change will continue to be very slow.”

Tsolmon Finch from Minerva Venture points out that from their research, investment in female founders is not enough. She believes the focus should be around targeted mentorship promoting female leadership in executive roles, especially in the financial services industry.

“In the 90s and early 2000s, we saw female executives dress like men and behave like men to “make it” to the C-suite. Now, it’s a different story. For the first time, women are allowed to be feminine and emotional while making business decisions at the executive level. COVID-19 has shown many case studies of female Prime Ministers and political leaders who have achieved great success in steering their country on a safe route whilst remaining true to their feminine nature. At Minerva Venture, we encourage women to be women and to use their feminine power to fuel their business growth.” 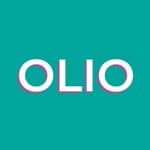 Tessa Clarke, Co-founder & CEO of OLIO, the surplus food sharing app, believes the VC industry itself requires reform. In her recent article published on Sifted: Female founders need money, not more mentoring, she argues that rather than the “200 Billion Club” launching a new mentoring programme to get women “pitch-perfect and VC investable”, they should be tackling the structurally biased VC industry.

Only 10% of senior investment professionals are female

Like Audrey Barbier-Litvak, she sees a large part of the problem as being the low number of cheque-writing female VCs, according to the BVCA only 10 percent of senior investment professionals are female. When raising investment for OLIO, Tessa’s conversion rate when pitching to women investors was 75 percent, compared to below 10 percent with male investors.

“It seems obvious that the fate of female fundraising would be transformed overnight if half of all VC investment committees were female,” she says. 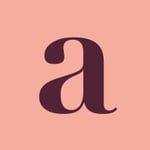 Jennifer Clamp, the founder of Aata, is a female Founder and CEO Coach, working with women who are scaling their businesses and wanting to realise their potential in their role, bringing them clarity and a sense of agency.

She offers tips to female founders on how to choose their investors. Her top tip is to look for investors who are like you and who are actively looking to invest in your type of company.

“Investors will invest in things they know,” she explains. “A female founder of a company selling a solution to pelvic floor problems is going to struggle to find interest from a 60-year-old man, who is out of his comfort zone discussing feminine problems. Investors need to be able to relate to what you are doing.”

According to Tessa Clarke, more female founders than males seem to be concentrating on solving significant social and environmental problems, an area still not eliciting much investment from the male VC industry. Taking into consideration such low numbers of female investors, add to that a FemTech product and it’s not surprising there is a struggle to find investors stepping forward. 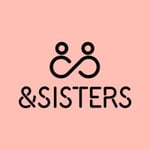 “FemTech businesses suffer conscious and unconscious bias when it comes to investment,” she says. “There have been amazing improvements in a relatively short time, but we are only scratching the surface.”

There have been small advances towards addressing the severe disparity between funding opportunities for female founders against male founders, but until the numbers of women involved in the decision-making process increase, alongside female leadership in executive roles, women will continue to suffer from gender bias. While some founders have taken an unconventional approach to find investors, it seems a better solution is to educate the male-heavy VC industry not only with regards to their approach to female founders but also in engaging more women in the financial services industry.