In 2015 196 parties at COP 21 in Paris adopted the Paris Agreement, a legally binding international treaty on climate change with a goal of limiting global warming to below 2 degrees centigrade and preferably to 1.5 degrees.

This year in early March, when scientists received temperature readings from Antarctic weather stations, they initially assumed there had been a mistake. At the North Pole, exceptional temperatures were also observed, which was remarkable given the time of year when the Arctic should have been slowly emerging from its winter deep freeze. According to studies, the region was more than 3 degrees Centigrade warmer than its long-term normal.

Also in March this year, temperatures in India reached 49C/120F. This type of heat is hazardous to human health, both directly and indirectly, it stresses our bodies, degrades crops, creates wildfires, and even damages our constructed environment, such as roads and buildings. These temperatures are becoming more common, and places that experience them will become uninhabitable. Where do you expect the 1.38 billion people of India to go?

Globally, desertification is accelerating rapidly. Around 75 percent of the Earth’s land is currently estimated to be in a state of degradation, and by 2050 this figure is expected to increase to as much as 90 percent.

Can we avoid climate chaos? 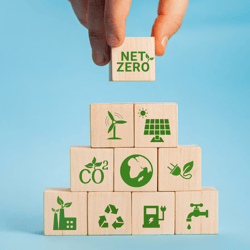 The science is clear and we're on a fast track to climate disaster, according to the most recent IPCC (Intergovernmental Panel on Climate Change) report. We need to reduce global emissions by 45 percent in the next eight years and reach net zero by 2050 to stay within the 1.5-degree limit.

With a 50 percent chance of meeting the 1.5°C objective, there will be 400–800  gigatonnes of carbon dioxide left in the carbon budget. Only drastic cuts in greenhouse gas emissions will prevent climate chaos.

And so, we must all have a net-zero strategy, but it needs to be backed up with measurable and achievable targets.

To get to net-zero, we need to reduce and remove emissions and not just offset them. It’s important that people grasp the distinction between net-zero and carbon neutrality which occurs when emissions are offset.

The first step to reaching net-zero is to identify what your emissions are made up of, starting with measuring your scope 1, 2 and 3 emissions. 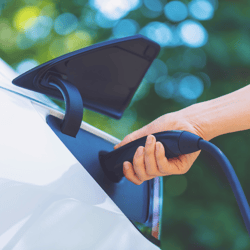 Scope 1 – these are all direct emissions from your organisation's activities that are within your control. Including fuel combustion on-site such as gas boilers, fleet vehicles, and air-conditioning leaks.

Scope 2 – are your indirect emissions from the generation of purchased electricity, steam, heating, and cooling consumed by your company.

Scope 3 – emissions that are a consequence of an organisation’s activities but are not owned or controlled by your organisation, such as your supply chain. Because you don't have direct access to the data, these are the most difficult to measure, therefore you need to work closely with your supply chain.

After you've measured your emissions, you will need to create a plan to minimise them. Set reachable goals that are in sight. The goal is to achieve net-zero energy by 2050 and a 45 percent reduction by 2030, so break it down year by year.

During the first few years, you should be able to make a good start and find some quick wins. 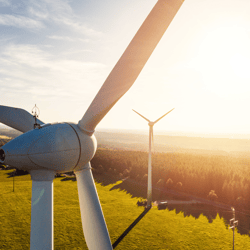 Some of the simple things you can do are switch to renewable energy providers or reduce the energy you use.  Turn the thermostat down a few degrees.  Make sure you are using LED lighting throughout your building.  Find ways to reduce water and waste. Print less or not at all. Make sure staff are switching off their computers at night and don’t leave electricals on standby.

Look at your fleet and see if you can switch your transport to electric vehicles. Think about a more sustainable travel policy and reduce the amount of travel, virtual meetings are popular now so think about how much you really need to travel.  If you do need to travel, can you use an electric vehicle or train? Could you set a carbon travel budget?

Look at the circular economy, can you recycle and reuse your products.  Can your customers return your products to be recycled? Ask questions in your supply chain tenders to see what their net-zero plans are and get them to be transparent with their emissions and collaborate with them to help them to do so.

• Collaborate with your stakeholders

As you can see, we all have a big task ahead of us, but there's a lot you can do within your company to help us all get to net-zero. Sam is on a mission to educate and share stories from those with a Sustainable & CSR message. Sam is also a partner and assessor with CSR Accreditation and advisor to Eco-Friendly Web Alliance.